Part of the Community Policing Team includes three School and Youth Focus Officers who are dedicated to working alongside schools, teachers and young people.

Jo joined the States of Jersey Police in 1998 and has vast experience working in uniformed operations. During her time as a police officer Jo has worked as  a community officer and a licensing officer within the community team. She is also specially trained as a sexual offences liaison officer, a family liaison officer and a public order officer.

Jo is a keen baker and when she has time, keeps colleagues happy with a supply of delicious cakes.

Jo is already a familiar face within the Island's schools and is looking forward to working with young people and the numerous secondary and primary schools she is responsible for.

Joel joined the States of Jersey Police in November 2019 after transferring from the Metropolitan Police Service, and has worked primarily as a response officer whilst familiarising himself with the island.

In the Met, Joel spent time on emergency response in Brixton before working as a Safer Schools + Youth Engagement officer in Peckham and Dulwich. Prior to joining the police, Joel worked as a Civil Servant at the Department for Education in Westminster after completing a degree in Criminology at Canterbury Christchurch University.

Joel is looking forward to getting to know the teachers and young people he will be working with at the various schools he will be responsible for.

Amanda joined the States of Jersey Police in 2006, and has mainly worked in Uniformed Operations throughout her career.

Amanda has previously worked as the dedicated Community Officer for the Parish of St Clement and she remains part of the Community Team, as one of the dedicated School and Youth Focus Officers.

Amanda is a trained member of the Police Search Team and her favourite mode of transport when on duty is the police push bikes.

Amanda is already a well established friendly face within the Island's schools and is looking forward to working with young people and the numerous secondary and primary schools she is responsible for. 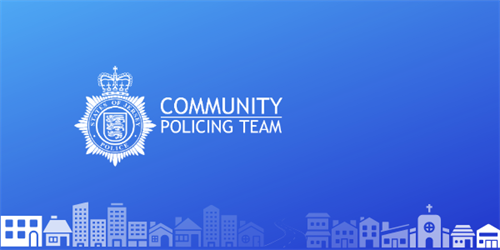