The Minister for Home Affairs has appointed a new Deputy Chief Officer for the States of Jersey Police to replace Stewart Gull QPM who retired at the beginning of September.

Home Affairs Minister, Deputy Helen Miles, has confirmed the appointment of Mr Scott Hall, who is currently Chief of Staff at Northumbria Police.
Mr Hall has over 30 years of Policing experience within the UK, having risen through the ranks in Northumbria Police. He has spent the last ten years in strategic roles, operating at senior management and executive team level.

The Minister for Home Affairs, Deputy Helen Miles said: "Mr Hall is a skilled and knowledgeable officer with a wealth of experience and I am confident he has the ability to meet the challenges and opportunities that the role of Deputy Chief Officer in the States of Jersey Police will bring.”

As Assistant Chief Constable, Scott had a wide range of responsibilities, including being the force strategic lead for Public Order and Firearms Disciplines and performing the role of Chair of the Local Resilience Forum.

Mr Hall said: "I am delighted to have been appointed Deputy Chief Officer of the States of Jersey Police and I look forward to working alongside the superb team within the force. It is a genuine privilege to have been offered this post and I intend to maintain the very highest of standards of policing while working as member of the States of Jersey Police, and ensure the delivery of an outstanding service to the people of Jersey.”

Chief Officer Robin Smith added: “Scott is an experienced and highly skilled senior police officer and I’m delighted to welcome him to our Senior Management Team. He is hugely knowledgeable in all policing roles and will be instrumental in strategic decision making within the force.”

Mr Hall will begin his role on Monday 17 October. 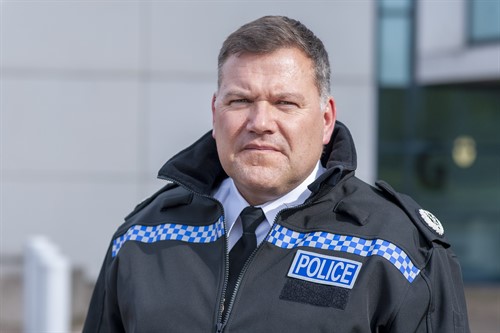