From Monday 21st to Sunday 28th November, the States of Jersey Police, Honorary Police and the Road Safety Panel will be running their Road Safety Week, with the main focus being an anti-speed campaign.

In 2015, 777 drivers were reported for speeding on our roads, a few more miles per hour can mean the difference between life and death. The faster you drive, the less time you have to stop if something unexpected happens. Imagine the long term emotional consequences should you kill or injure someone whilst speeding. You can expect to lose your licence, be handed a considerable financial penalty and even a prison sentence.

Acting Inspector Paul Smith said,
“We live in a small island and share the road space with our neighbours, friends and colleagues. We simply can’t understand why some individuals still consider it acceptable to exceed the speed limit, putting our family and friends in danger of serious injury or even death. Speed limits are there for a reason and both ourselves and our Honorary colleagues invest time in detecting and prosecuting those who choose to flout the speed limit. If you speed you can expect to be caught and prosecuted to the full force of the law.”

As part of Road Safety Week, several initiatives are planned throughout the week. Prison! Me! No Way!!! are delivering lessons on Drink/Drug driving to year 10 and 11 students and another of these initiatives is the return of the play ‘Too Much Punch for Judy’, being shown to all year 11 pupils. The play’s documentary script focuses on the feelings instigated by a death as a result of drink-driving. During the week it will be the 6000th showing and author Mark Wheeler will be visiting the island to watch this performance.

The play tells the story of Judy and her family and culminates in a drink-driving car crash resulting in the death of Judy’s sister. Mark wrote the play using the exact words from people involved in the crash, Judy, her mother, the police, neighbours who tried to help and hospital staff. The play has toured the UK for many years and for the last 20, has been shown in Jersey.

“There is no doubt many people will remember seeing ‘Too Much Punch for Judy’ when they were at school. It is one of the most impactful, long lasting things we do in relation to educating students about drink driving. We’re absolutely thrilled Mark Wheeler is coming to Jersey to mark the 6000th performance of this incredible play and I’m really looking forward to meeting him” 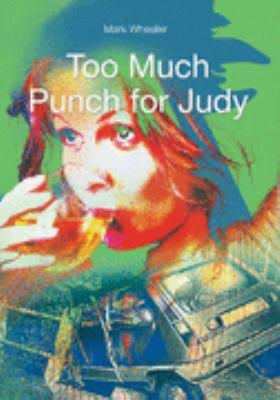