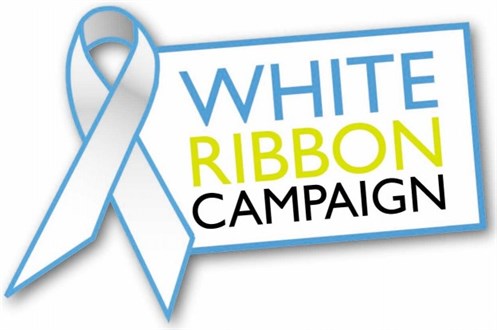 The States of Jersey Police are launching a two week campaign against Domestic Abuse by promoting the internationally recognised White Ribbon Campaign.

Throughout the campaign the SOJP will be highlighting the prevalence of domestic abuse within our community and hoping to reach those affected across all our cultural groups.

Following the École Polytechnique massacre in Canada on 6th December 1989, where 14 women were killed by an anti-feminist, a movement was formed which involved men wearing the white ribbon to signify opposition to violence against women.

The White Ribbon Campaign [WRC] appeared in 1991 in relation to this movement and became one of the largest men's anti-violence programmes in the world. It is now an international effort of men and boys working to end violence against women. Its basic principle is the importance of men and boys speaking out against all forms of violence against women. National campaigns also include women and the Jersey campaign will include men and women taking a stand together.

Detective Inspector Mark Hafey, Head of the Public Protection Unit, who is coordinating the campaign said:-

“Domestic abuse, also referred to as domestic violence, is a pattern of behaviour characterised by the exercise of control by one person over another within the context of an intimate or family relationship. The abuse may take many forms such as physical, sexual, emotional, psychological or financial; most commonly it is a combination of all of these forms and is likely to get worse over time and increase in frequency.
Domestic abuse is primarily a gender based crime consisting mainly of violence by men against women. However we also recognise that it does occur in many forms, same sex relationships, females against males and children/adults against parents and it can severely impact on children and young people as witnesses to the abuse.
Domestic abuse on any level is unacceptable and we want to ensure islanders that Jersey has the mechanisms in place to effectively tackle this issue. Jersey has in recent years made excellent progress in tackling domestic abuse which I believe is down to the multi-agency approach which has and will continue to show benefit and provide the support and guidance that people need.
There is absolutely no doubt that by agencies working together, sharing information and devising effective safeguarding plans for those who are deemed high risk we are making a significant positive difference to their lives. Domestic Abuse is, however, still under reported and as such we urge any islander who is suffering abuse to seek the support and guidance that is available.”

Whilst much good work continues locally in addressing domestic abuse, including the excellent work of our Refuge, the monthly Multi-Agency Risk Assessment Conferences (MARAC) focussing on current high risk cases, the work of our two Independent Domestic Violence Advocates (IDVA) and the success of the local Anger & Domestic Abuse Prevention & Treatment (ADAPT) programme who work with perpetrators, it is clear more needs to be done across all our communities.

“A range of activities are planned throughout the campaign, one such activity is that States Departments have been asked to wear a white ribbon over the two weeks, as a way of demonstrating Island support for combatting the problem here in Jersey. States Departments, Schools and sports teams are being encouraged to take group photos that we will share on social media sites during the campaign. We have received excellent support from a number of partner agencies as well as sporting groups. I would particularly like to thank the Jersey Rugby Club, Big Maggie’s, The Jersey Hockey Club, Ladies team and Lions team, and cycling team Flamme Rouge for taking the time to support this event.”

“One of the areas where we are focusing our attentions this year is education in the schools and as such the Prison Me No Way Team, led by Prison Officer Dave Barron are delivering inputs to around 3000 children.”