Modern Slavery and Human Trafficking is a significant national problem which is being taken seriously by UK government. They have introduced the UK Modern Slavery Act 2015, and funding for the national Transformation Programme, aimed at improving understanding, investigations, intelligence sharing and development across law enforcement agencies, working with partners, protecting victims and prosecuting offenders.

Modern Slavery provokes thoughts of people manacled, beaten and abused in a very obvious manner. In truth the exploitation can be far more subtle, but still unpleasant and unacceptable nonetheless. Organised criminal gangs will sometimes be responsible and profit from the trafficking of immigrants who will sometimes be attempting to gain a better life away from troubles within their own country.

For example, exploitation could be as simple as being forced to work exceptionally long hours, unacceptable living conditions for staff living on site, money deducted from wages, working without terms of employment and threats to terminate employment if instructions are not carried out.

Modern Slavery can be defined as:

The controlling of another by force, power, fear, intimidation, deception, or ownership in order to exploit them, typically for sexual, labour, criminal or domestic purposes.

Human trafficking can be defined as:

In Jersey we are seeing an increasing amount of foreign workers working within industries such as agriculture, hospitality and construction. Many will be enjoying a perfectly acceptable lifestyle, however Modern Slavery can occur in Jersey.

The States of Jersey Police are working with partner agencies from Jersey’s Government and the Voluntary organisations in an attempt to build a picture and tackle any Modern Slavery offences. 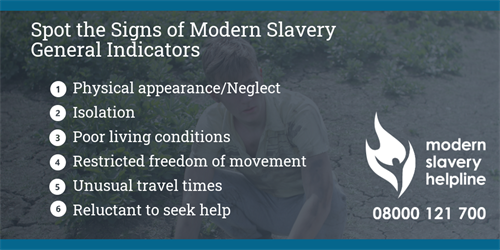 What can you do?

In an emergency, if someone is in immediate danger, call 999. 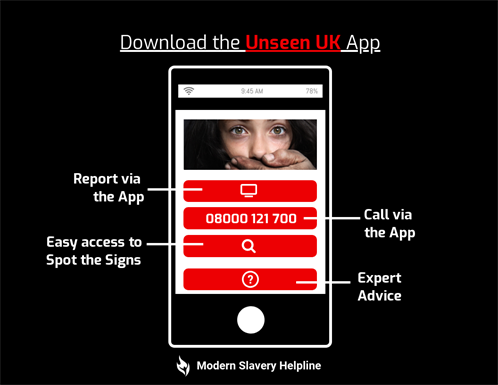