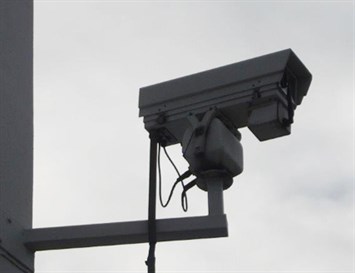 The CCTV system operates 23 cameras. The majority of the cameras are high performance PTZ cameras, Pan (moving the cameras from right to left through 360 degrees), Tilt (moving the cameras up or down through 270 degrees) and Zoom (cameras have zoom capabilities 1.14, which enables the camera to read a two-foot by three foot ‘A’ board advertisement at over 200 metres). They record in full colour both by day and night and in all weathers and are mounted either on specially designed poles or wall brackets. It is anticipated that they will be replaced in the near future with a ‘like for like’ system.

The States of Jersey Police CCTV systems intends to provide a high quality, professional and effective CCTV service at an affordable cost to the public of Jersey.

The key objectives of the CCTV system are to:

a. Protect areas and premises used by the public;
b. Deter and detect crime;
c. Assist in the identification of offenders leading to their arrest and successful prosecution;
d. Help reduce anti-social behaviour and aggressive behaviour;
d. Help reduce fear of crime;
e. Encourage better use of city facilities and attractions;
f. Maintain and enhance the commercial viability of the town center and encourage continued investment;
g. Encourage the public to act responsibly in their own and the wider community to assist in the fight against crime and anti-social behaviour;
h. Cooperate with stakeholders and other CCTV providers at local, regional and national level to develop and share best practice.

The CCTV system is a managed by the States of Jersey Police facility under the day-to-day operational control of the Force Control Room Manager. All of the CCTV staff are either States Of Jersey Police Officers, Honorary Police Officers or Civilian Support Officers (employed by the States of Jersey Police). The CCTV images are monitored 24 hours a day, every day of the year. After selection, CCTV Operators must undergo and pass a training programme before they are permitted to operate the CCTV equipment. The training covers;

a. Administration and record keeping
b. CCTV and communications equipment
c. Codes of Practice and States of Jersey Police Policies
d. Legislation including the Data Protection Act, The Human Rights Act, The Freedom of Information Act, the Regulation of Investigatory Powers Act and the Protection of Freedoms Act.
e. Evidence handling
f. Terrorist issues
g. Features on the ground covered by the cameras
h. Practical training and training exercises

All the Operators must have police and Criminal Records Bureau clearance and are required to sign a confidentiality agreement and the Official Secrets Act.

The primary duty of the CCTV Team is to operate the CCTV equipment to its optimum potential and to patrol proactively in an attempt to detect or deter crime and anti-social behaviour in the areas covered by the cameras.

If Operators see anything which they feel is wrong, they are required to record the incident whilst at the same time passing the images onto the States of Jersey Police Control Room Operators via a dedicated link. A decision is then taken on how they will deal with the incident.

The working relationship between the CCTV Control Room and States of Jersey Police (and other enforcement agencies) is close.

The CCTV Control Room is a States of Jersey Police facility and there is normally a Police Sergeant on duty in the Control Room. Police officers are required to make an appointment (with the permission of at least a Sergeant or above) to view CCTV images. Their visit has to be for a specific reason for which an authority has to be produced detailing the nature of the enquiry. For example they may not come and trawl through images looking for offences; viewings have to be for specific crimes.

How does the CCTV system work?

The images from each camera are split with one copy being sent to one of the six colour wall monitors. The other copy of the image is recorded on to one of the Digital video recording server. All cameras are recorded 24 hours a day, every day of the year.

The CCTV system records ‘real’ time. ‘Real’ time recordings will show the events as they happen. When an operator sees an incident starting to develop, they are able to bring the image up onto a 16 inch monitor in front of them. This type of recording is excellent for showing incidents as they actually happened.

Once the incident is over, the Police Officer dealing with the case can arrange to come to the CCTV Control Room’s Viewing Suite and view the evidence. The Officer can then request a copy of the evidence of the incident to enable them to complete their investigations.

There are strict guidelines on the production and release of images from the CCTV Control Room and Police Officers are required to abide by these guidelines. The production of all images is recorded and Officers have to sign for any evidence they remove from the CCTV Control Room. The copy right of all images remains with the States of Jersey Police and images may not be used improperly e.g. for entertainment purposes. There is a time limit on the retention of images and these are strictly adhered to:

Other forms of communication

Radio, IP and Telephone Communications
As well as the police radio and Internet Protocol (IP) dedicated link to the Police Force Headquarters Control Room, the CCTV Control Room has one internal telephone line.

Other uses of CCTV

Many people when considering CCTV concentrate on the effects CCTV can have on crime and the fact is that The States of Jersey Police CCTV system does have a good track record in helping enforcement agencies to deal with offences within the areas covered by CCTV cameras. It should however be remembered that CCTV cameras can help in other situations by:
a. Proving people are innocent or not involved in incidents
b. Preventing crime, ‘nipping incidents in the bud’ by early deployment by the police
c. Helping to locate missing people
d. Calling for assistance for people who appear to be ill or distressed
e. Reacting to fire or burglar alarms
f. Watching over Ambulance Service personnel when they are working in the Town Centre
g. Warning other agencies about broken street lights, water leaks or traffic problem

The States of Jersey Police take the issue of people’s rights to privacy seriously. Therefore CCTV Operators receive detailed training on the Data Protection Act, Human Rights Act, Protection of Freedoms Act and States of Jersey Police policies regarding privacy. They have been taught not to stereotype individuals, nor are they permitted to follow people with the cameras unless they have reason to believe they have or are about to commit an offence.

There are only three instances when a CCTV Operator may view a private area and two of these relate to crimes in progress. The first is in response to a direct request from the police and the other is when a CCTV Operator has actually witnessed a crime and is directing the police to the incident. The final occasion is when an operation is authorised under the Regulation of Investigatory Powers Act 2000 (RIPA). In all these cases the Operator involved will be required to make a detailed report justifying their actions.

Any complaint regarding invasion of privacy will be investigated thoroughly.

The States of Jersey Police carry out on-going assessments on every camera. This is to assess if the camera is still doing the job it was installed to do. If it is no longer fulfilling that role then the camera should either be moved or removed.

As well as these assessments being done for existing cameras, they are also carried out prior to any new cameras being installed.

The code below sets out guidelines for CCTV and Automatic Number Plate Recognition (ANPR) systems to ensure their use is open and proportionate and that they are able to capture quality images that give police a better chance to catch criminals and cut crime.

The cameras are in the following locations -

Appendix ‘A’ to The CCTV System

10 Wall Place above the Central Market

All town CCTV cameras were updated in October 2014. 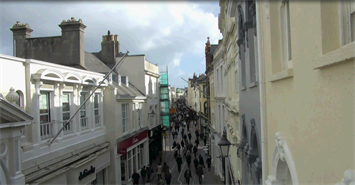 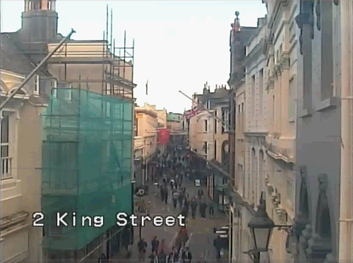