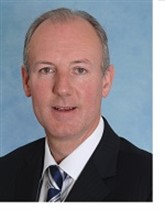 Stewart Gull QPM is the Detective Superintendent - Head of Crime Services at States of Jersey Police.

Stewart Gull joined the States of Jersey in July 2011 as Head of Crime Services, following 30 years of UK Policing experience, working with three Force areas including principally Suffolk, Norfolk and the City Of London.

During his career, Stewart has served in both uniform and CID in every rank up to and including Chief Superintendent, a virtually unique policing background. He has a strong crime background as a Senior Investigating Officer, having led a range of Major Crime Homicide enquires, including Operation Sumac, involving the abduction, murder and deposition of five vulnerable women in Ipswich, Suffolk during a 10 day period in December 2006.

Stewart was appointed Assistant Chief Constable with Suffolk between 2009 and 2010, with overall responsibility for operational policing the county.

His final role before joining Jersey was as Detective Chief Superintendent - Head of Protective Services (Crime) for both Suffolk and Norfolk with a command of 1300 members of staff.

In 2009, Stewart was recognised in the Queen’s birthday honours and awarded with a Queens Police Medal (QPM) for Services to Policing.

In 2012, Stewart gave evidence to the Leveson inquiry, a judicial public inquiry into culture, practices & ethics of the British media.

As the Head of Crime Services, he works with two Detective Chief Inspectors and a Scientific Services Manager along with five Detective Inspectors who have responsibility for :

Stewart is an integral part of the Force Command Team and in addition to Strategic responsibility for the above areas of business, he is also one of three Force Strategic Firearms Commanders. Stewart is also a National Crisis Hostage Negotiator.